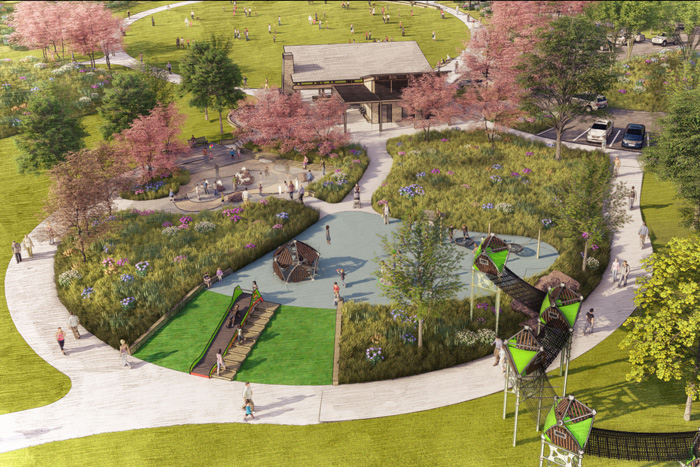 The city of Shawnee has released new concepts for Wilder Bluff Park.

Located on about 40 acres near 55th Street and Belmont Drive, the park will feature trails, a scenic lookout, playgrounds, a splash pad, shelter and open lawn area.

The city had shared initial design concepts in two public meetings several months back, before the COVID-19 shutdown. Since then, architects and engineers on the project have refined those concepts for city leaders, staff and residents to review.

“I think our neighbors and the people in the area will be very pleased with the park,” said Neil Holman, the city’s parks and recreation director. “There’s a lot of neat features, especially the treetop that goes through the trees.

Holman said he hopes residents will enjoy the 60+ person shelter and fireplace, plus the open lawn area for flying kites or kicking a ball around. The play area has swings, slides, a merry-go-round and musical instruments. Plus, the play areas feature inclusive elements and accessibility for different age groups and abilities. He’s also proud of the plans to keep the native habitat intact on the northern portion of the park.

“I think the park is turning out nice; it’s great grounds, it’s going to be fun,” Holman added. “There should be something for everybody, I think.”

Leading the design, architecture, engineering and construction for the new park are Confluence, SFS Architecture, GBA and Centric.

The city’s budget for the park is $4 million and is included in this year’s budget.

Grading and dirt work are slated to begin in August.

Here are some other design concepts from the city: 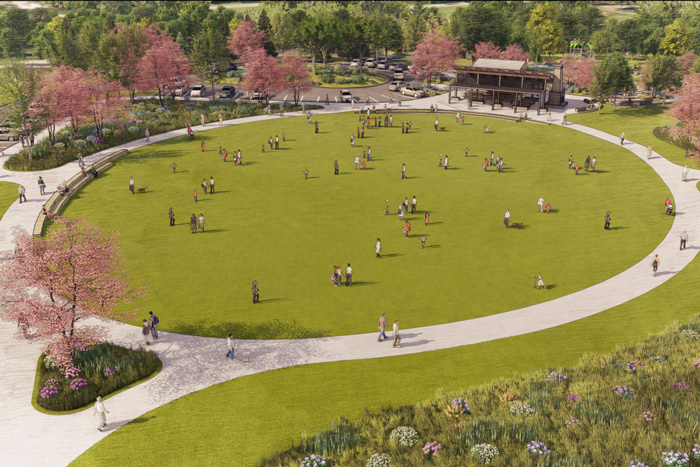 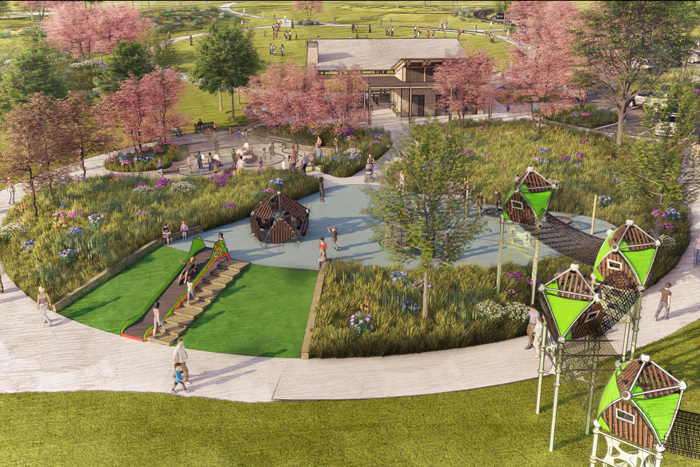 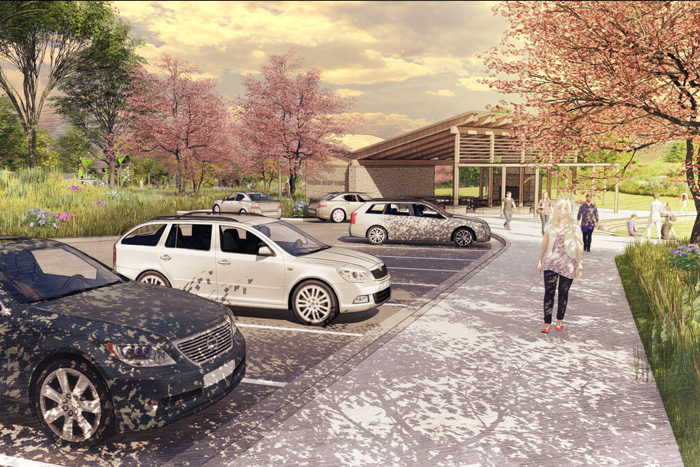 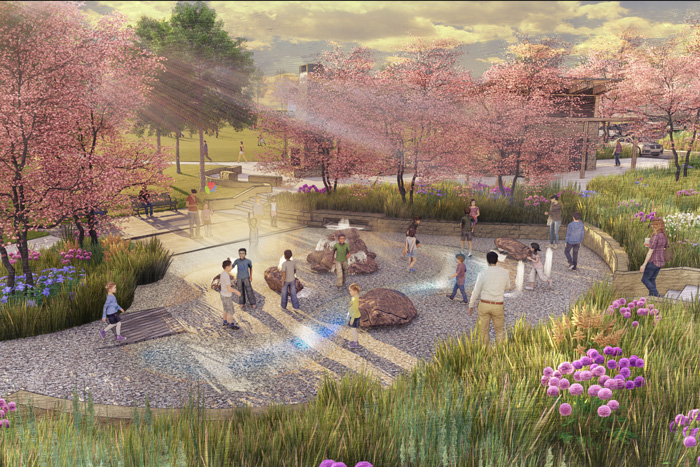 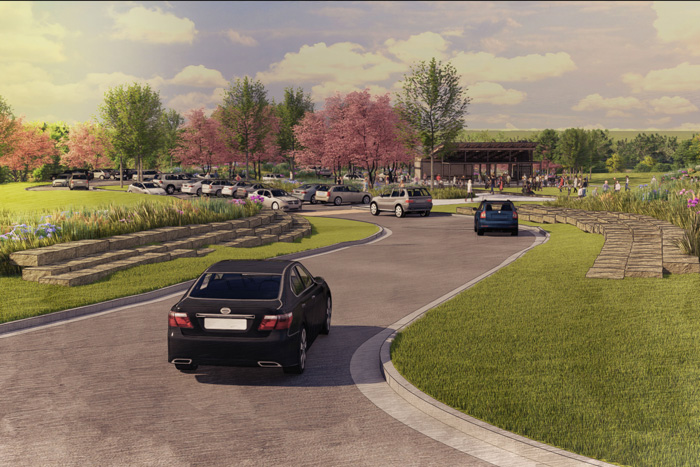